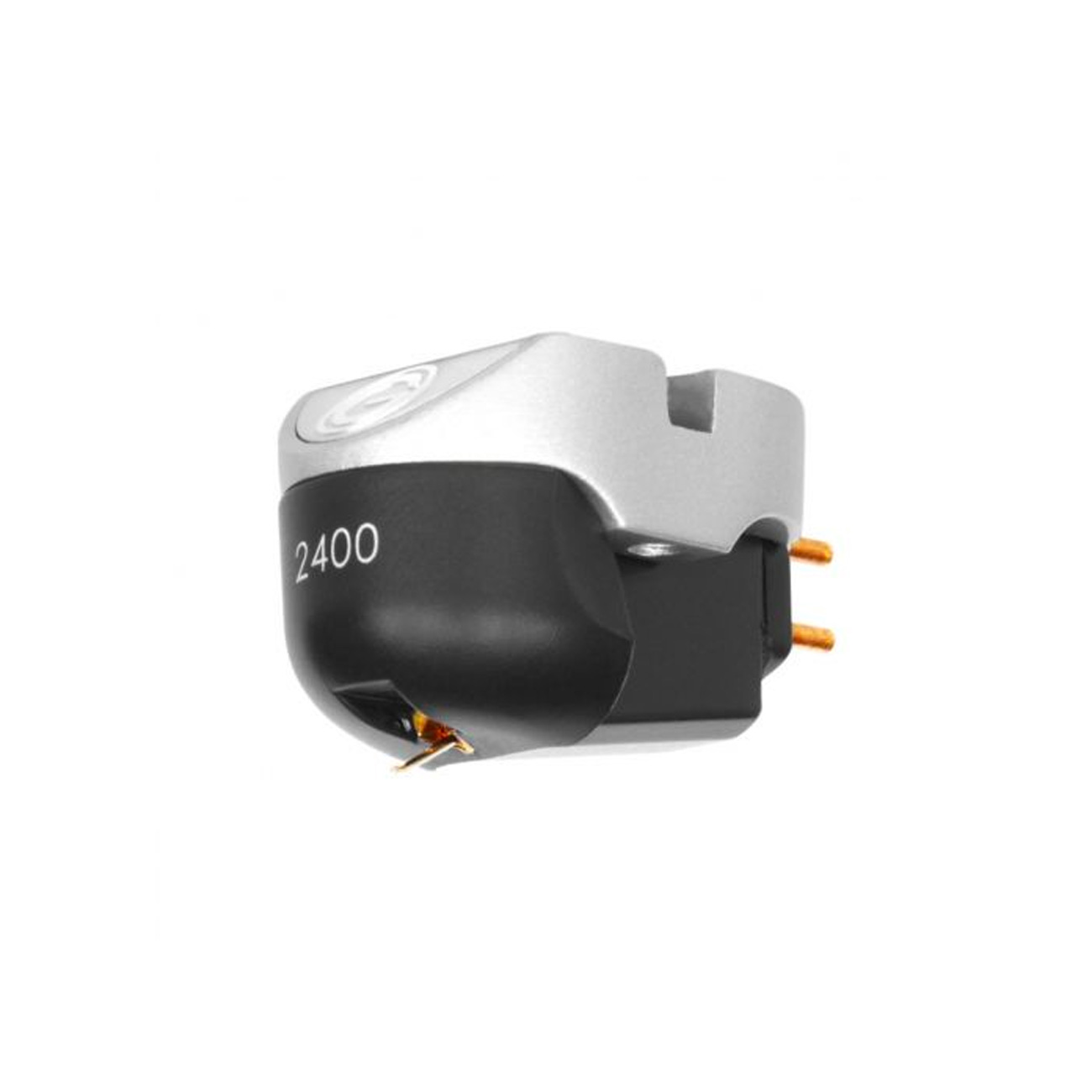 All Goldring 2000 series cartridges feature Moving Iron technology. This lends them the high levels of detail associated with more expensive moving coil designs whilst retaining the convenience of a replaceable stylus and high output associated with moving magnet types. The cartridge employs a fixed samarium cobolt magnet and high output coil combination so that a very light iron/nickel cantilever end-piece can be used instead of the much heavier permanent magnet used in conventional designs. This reduces the moving mass allowing the stylus to trace the record groove more faithfully. Because of their high output, Goldring 2000 series cartridges should be used with the standard moving magnet phono input of an integrated amplifier.

Increased resolution is gained for this cartridge by the use of a low-mass, "Vital" shank, nude diamond stylus and tapered aluminum cantilever. This polyhedral, line-contact profile was chosen because it has a very low tip-mass and a large contact area whilst being very narrow from front to back, enabling the accurate retrieval of even the highest frequencies in the recording. The stiff aluminium cantilever resists the establishment of unwanted resonances which are unable to propagate towards the generator due to its tapered shape. The 2400 has a low-resonance aluminium body providing a rigid connection to the tonearm, which improves bass power and clarity .

Moving "Iron" Generator
A diamond stylus tracing the average record groove will experience accelerations of up to one thousand gravities. This means that in a moving magnet design the permanent magnet is subjected to similar accelerations and if its mass is too large its inertia will result in poor transient response, distortion and mis-tracking of the stylus. The 2000 series cartridges use a fixed magnet design so that the mass of the magnet is completely isolated by the compliance of the cartridge suspension and a much smaller and lighter iron/nickel alloy tube can be used instead. Attached to the cantilever, the alloy tube is used to perturb the stationary magnetic field provided by the large fixed magnet and thus provide the changing magnetic flux necessary to generate the signal voltage in the coils. Modern samarium cobalt magnets have a super high energy output and so a much lighter magnet can be employed than ever before giving the completed assembly a similar mass to traditional moving magnet types. In this way the cartridge enjoys the convenience and flexibility of a traditional moving magnet design with a replaceable stylus block and a high output compatible with standard MM input stages. At the same time it enjoys some of the refined sound and detail retrieval previously only available from more costly moving coil designs.

High-Pressure Aluminium Die-Cast Body
The 2400 features a high pressure, die-cast aluminium body shell which has been selected for its superior ability to quickly transmit unwanted resonances away from the generator and into the tonearm. A properly designed tonearm will dissipate energy transmitted into it by the cartridge body and effectively “ground” it due to its construction and quality bearing. However, it will not be able to do this, if the resonances remain in the cartridge body due to inefficient transmission. The 2500 body therefore has been designed to provide a fast secure path for resonant energy in order to quickly transfer it to the tonearm which is very often also made of the same aluminium material. This means that there is likely a good acoustic match across the boundary between the cartridge and the headshell. The new body also benefits from integrated M2.5 threaded mounting holes which means that it is very easy to mount onto the tonearm, negating the need for fiddly washers or nuts which need to be counter-held during adjustment.

What is a Moving Iron Cartridge?

This type of generator is similar in operation to the moving-magnet type except that a very light, hollow, temporary magnet or armature is used instead of a small permanent magnet. This has the advantage that the moving parts of the generator can be made from light magnetic alloys and therefore have less mass, responding to the the groove wall more accurately. The cantilever transfers the mechanical vibrations from the record groove to the hollow armature. The magnetic field induced in it by the large fixed permanent magnet suspended above it induces a changing magnetic “flow” through the pole shoes which, in turn, generates an electromotive force in the fixed coils in proportion to the mechanical vibration.

The coil must be connected to a special phono amplifier input via the turntable leads so that the low voltage generated by the cartridge (typically 5 mV) is boosted to several volts to drive the speakers. All MI cartridges have a relatively high output and require a 47 kΩ load impedance for current to flow making them compatible with the basic MM phono input found as standard on many integrated amplifiers. If your amplifier does not feature a MM phono input, these can be purchased separately at a reasonable cost.

HOW TO REPLACE YOUR CARTRIDGE AND SET UP YOUR TURNTABLE