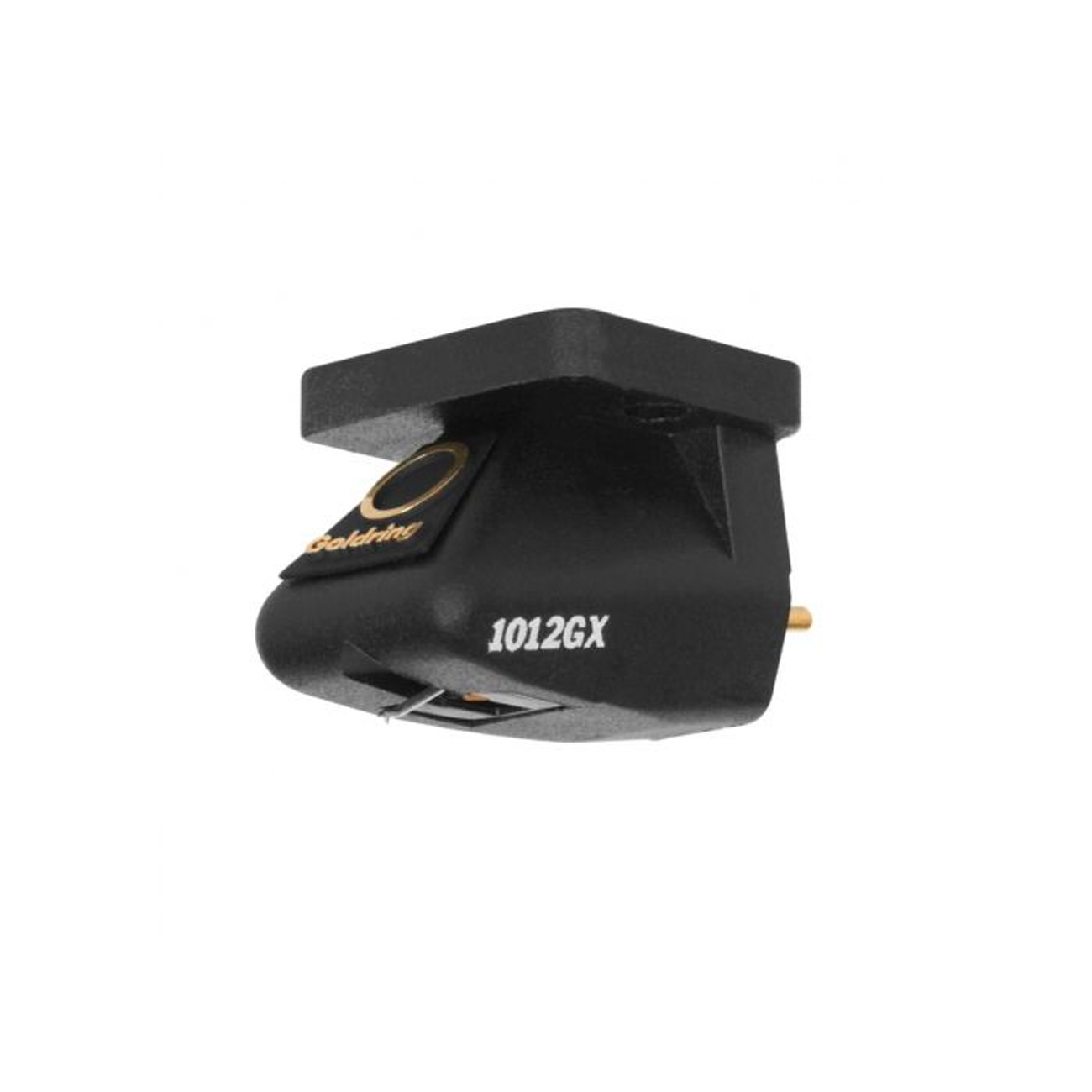 Low Mass Pocan® Body
The 1000 series uses a strong one piece body which holds the fixed parts securely in place. Made from a special type of ultra-rigid, glass reinforced polyester called Pocan, the body can be tightly bolted to the head shell for maximum efficiency and optimum sound quality. The user replaceable stylus carrier slots tightly into the body with a locating pin preventing unwanted vibrations which would otherwise colour the sound. An integral mu-metal can keeps the generator parts shielded from hum-inducing stray magnetic fields. Because Pocan has a high strength-to-mass ratio, the overall mass of the G1000 series cartridges is kept below 6.5 g. Low mass and moderate compliance keep the natural arm/cartridge resonance within safe limits for easy matching to a wide range of tonearms.

High Efficiency Magnetic Circuit
Finely etched mu-metal is laminated to form the pole pieces around which are fitted two formerless coils of four thousand turns each. This unique design reduces mass and also makes for a very efficient magnetic circuit producing a higher than average output. This construction also reduces the loss at high frequencies inherent in conventional designs, making for a smooth and extended frequency response.

Reduced Moving Mass
The 1000 series uses a unique ultra-low-mass, micro-miniature Alnico V magnet made to a tolerance that can be achieved by no other manufacturer worldwide. Welded to the magnet is a gold plated nickel tie-bar which provides an earth path for vinyl static charge build up and stabilses the cantilever in unwanted vibrational modes. The whole ultra-low-mass assembly is then mounted in a special butyl rubber polymer with optimised damping characteristics.

Expert Adjustment
The correct setting of stylus azimuth (or horizontal tracking angle) is essential for the maintenance of a proper stereo sound stage. Azimuth is the term used to describe the angle that the vertical centre-line of the stylus makes with the record surface and this must be exactly perpendicular to the record groove. This is not usually a user adjustable parameter on most budget decks and so it is vital that the cartridge leaves the factory with the azimuth precisely set. Badly adjusted azimuth can cause uneven channel balance and increased crosstalk between channels which would severely degrade the stereo image.