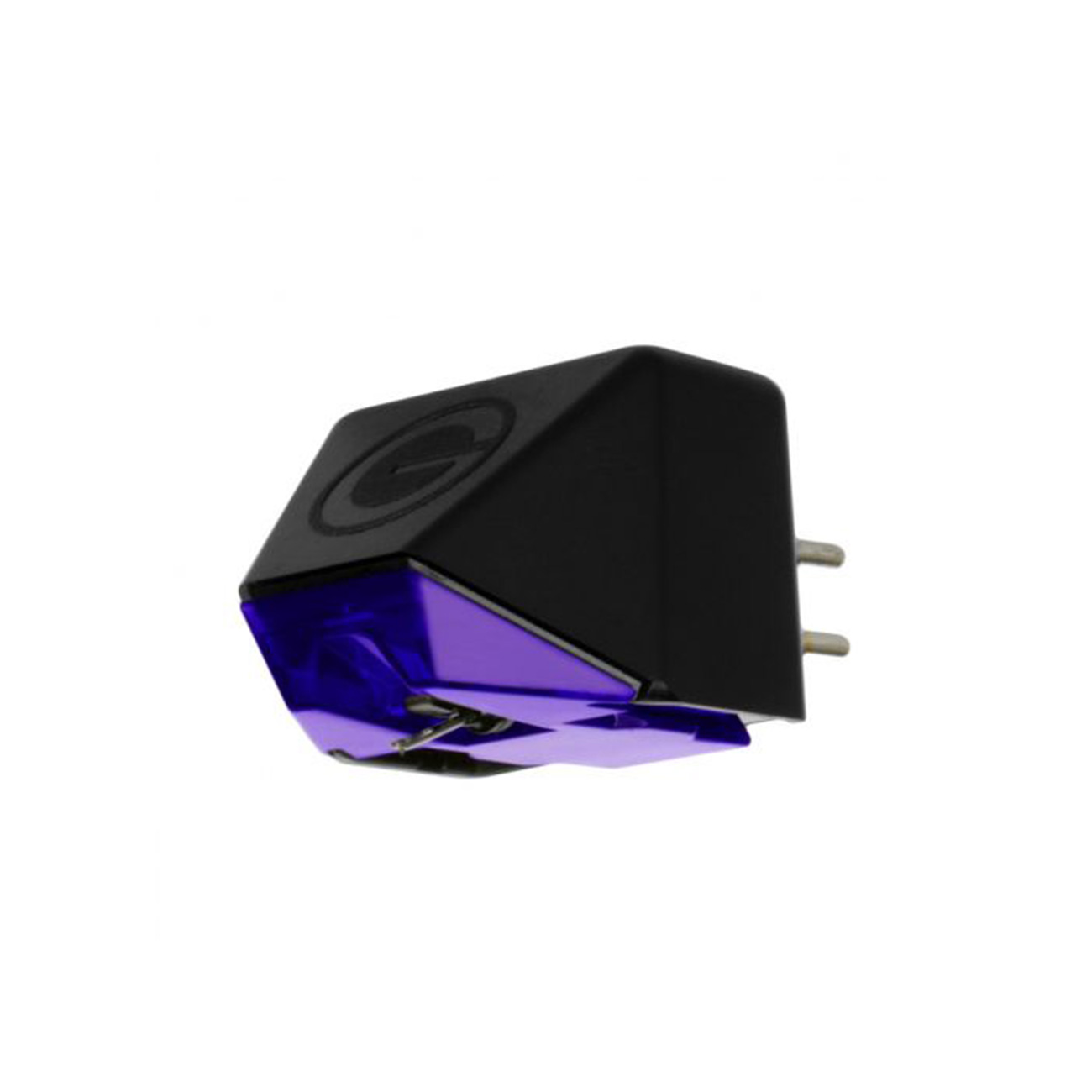 The E3 cartridge, representing the top of the range features the same aluminium cantilever as the E2, but benefits from a superior, bonded, super-elliptical (0.3 x 0.7 mil) stylus. This gives it better high frequency detail retrieval over ordinary elliptical (0.4 x 0.7 mil) or spherical (0.6 mil) types due to its smaller front-to-back radius. The main effect is the reduction of sibilance, especially in high level vocal recordings