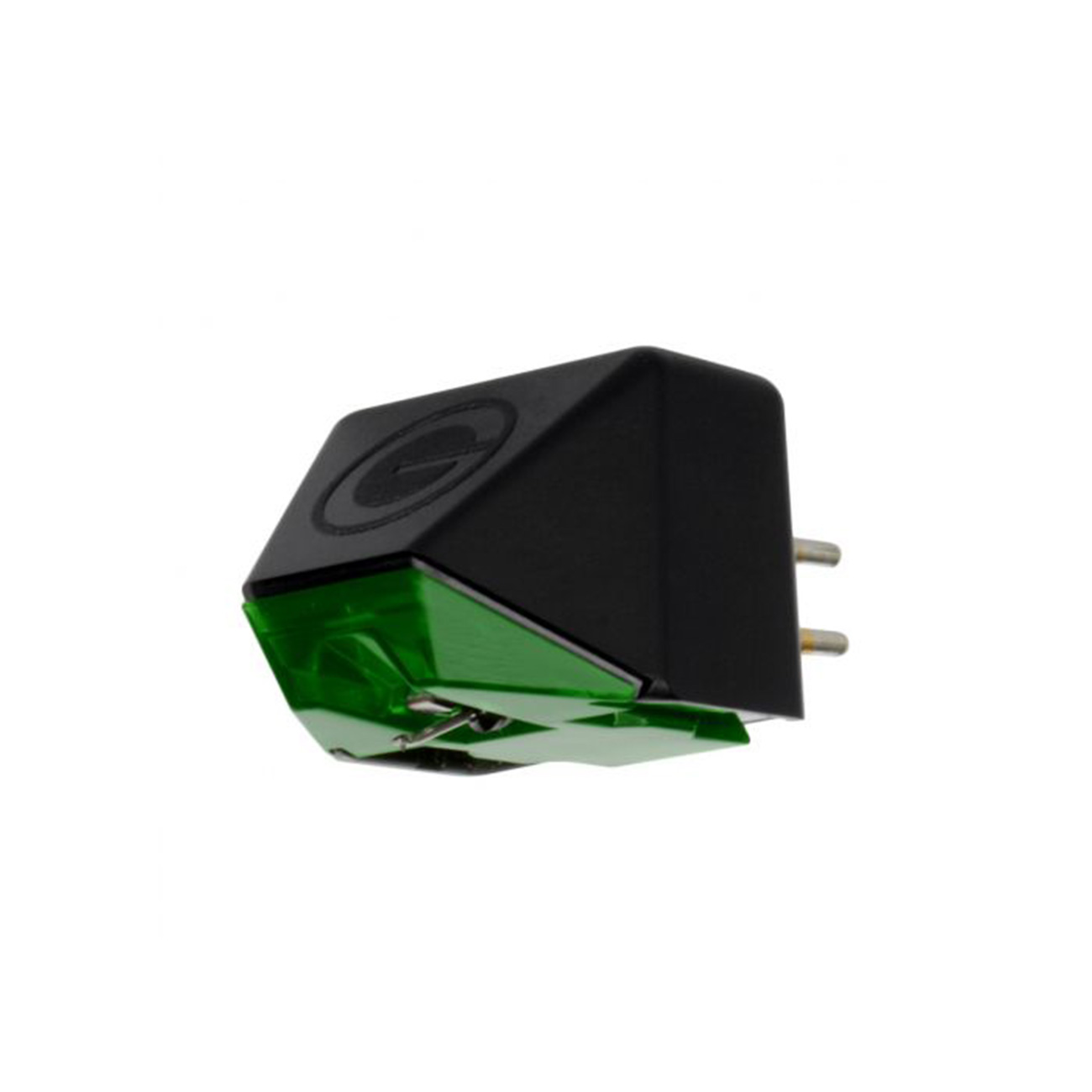 The E2 cartridge, the middle in the range, features the same spherical stylus profile as the E1 but with the additional benefit of an upgraded aluminium cantilever. This is both stiff and light weight allowing the stylus to more accurately trace medium to high frequencies offering more detail and reducing distortion and mis-tracking during loud passages.