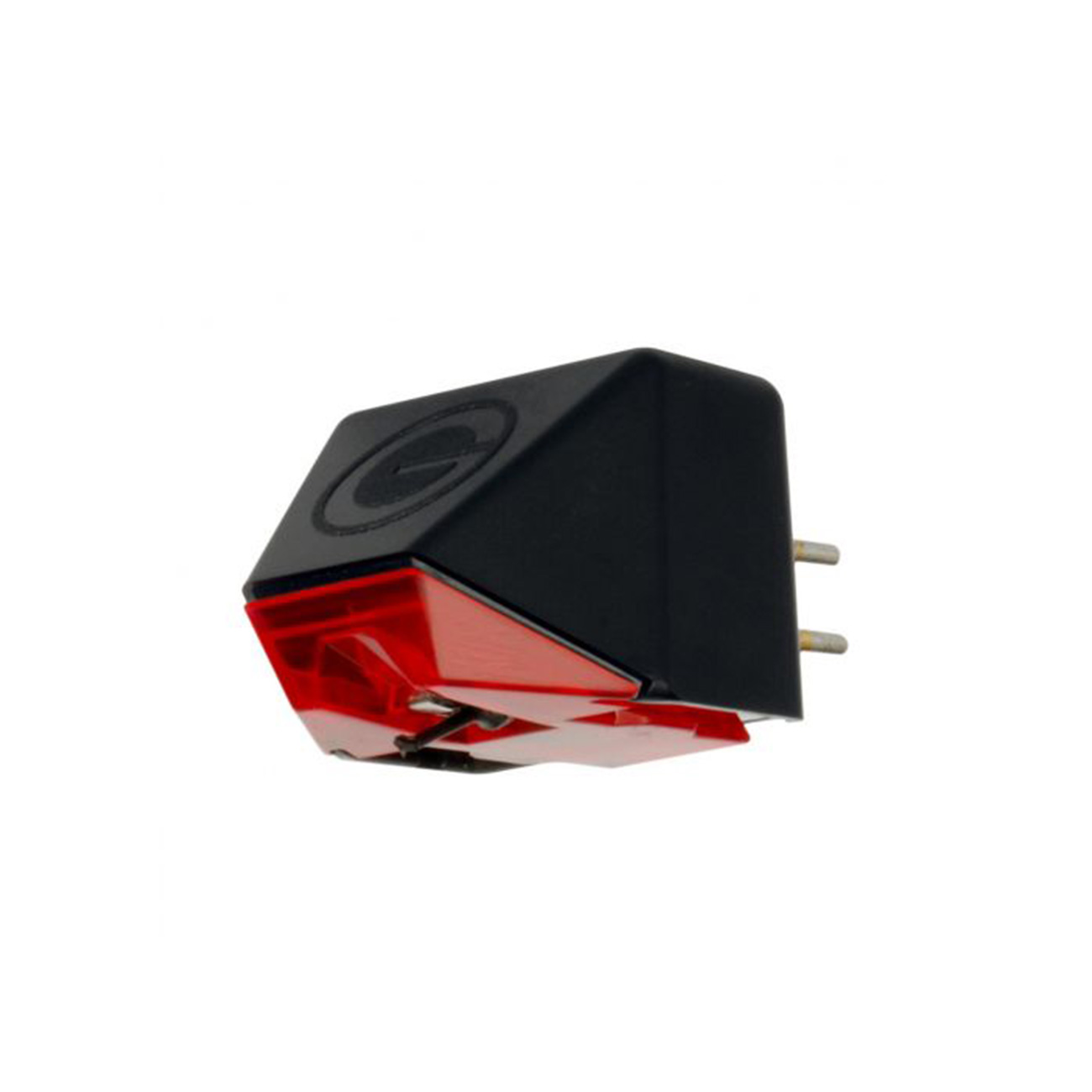 The E1 cartridge, the first in the range, utilises a carbon-fibre reinforced cantilever and bonded, spherical (0.6 mil) stylus with a round shank. Carbon is an effective alternative to more premium aluminium or boron materials, producing comparable results in most entry level hi-fi applications.